9 Reasons Why You Should Stop Drinking Milk

We get it. Tell someone to stop drinking milk and they’ll think you’re crazy, but there are good reasons to do so.

For years, the dairy industry has done a great job of promoting its product. Campaigns such as Got Milk? have been pushed into homes globally, and their effect has been dramatic.

Milk being good for you is almost as guaranteed as death and taxes in most people’s eyes. Unfortunately, the truth is a little different.

Here we take a look at 9 reasons why you really should stop drinking milk if you haven’t already.

It’s simply not as wholesome as you think 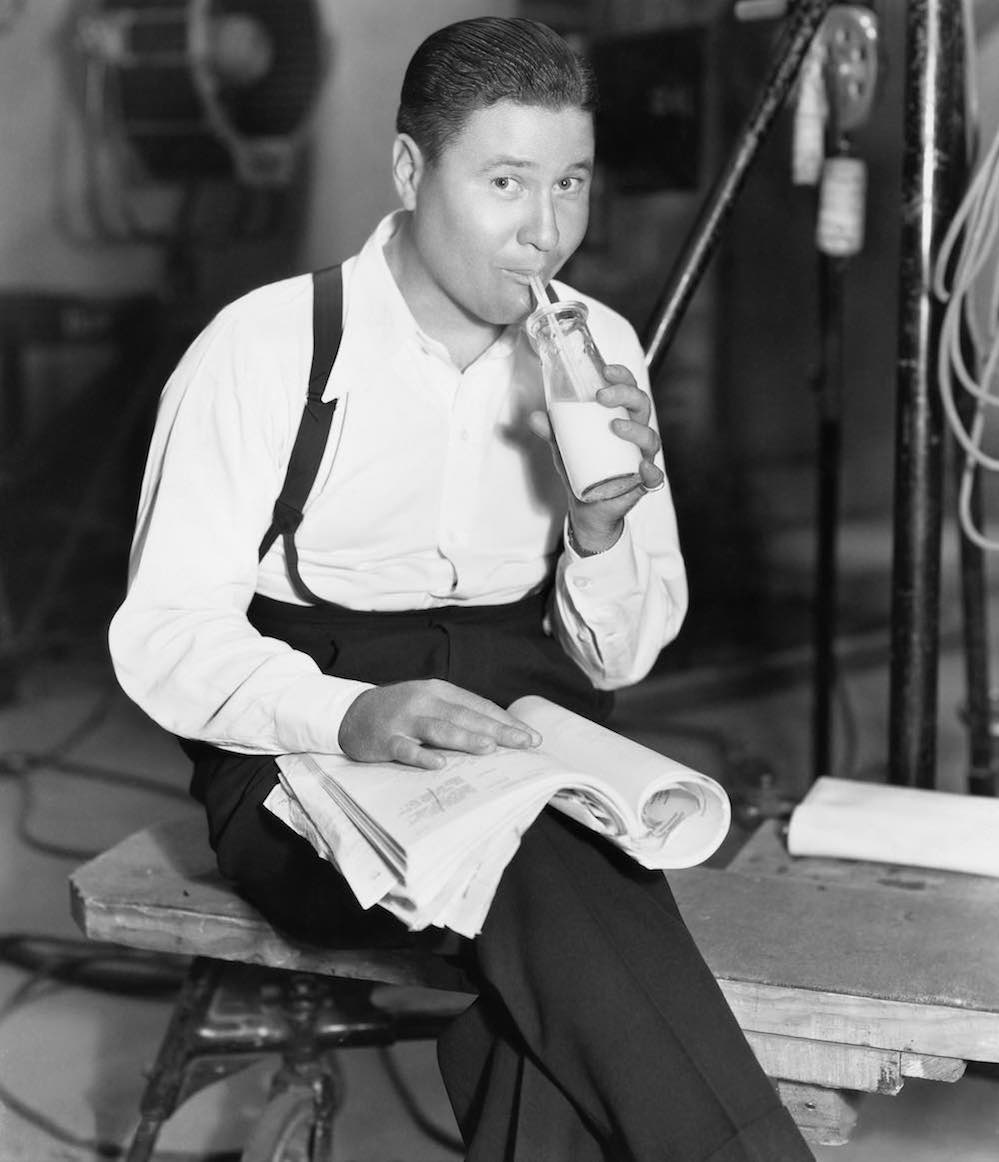 Milk is not the wholesome farm drink that it once was.

Milk was once taken directly from the cow and consumed unpasteurised, or raw, but not anymore. The pasteurisation and homogenisation processes that are now standard increase the acidifying effects of drinking milk. This may lead to many health problems, some of which are covered later.

These processes also remove many of the valuable enzymes, many of which are replaced by ones that have a detrimental effect on health. The fact that milk is now highly processed leads to the next point… 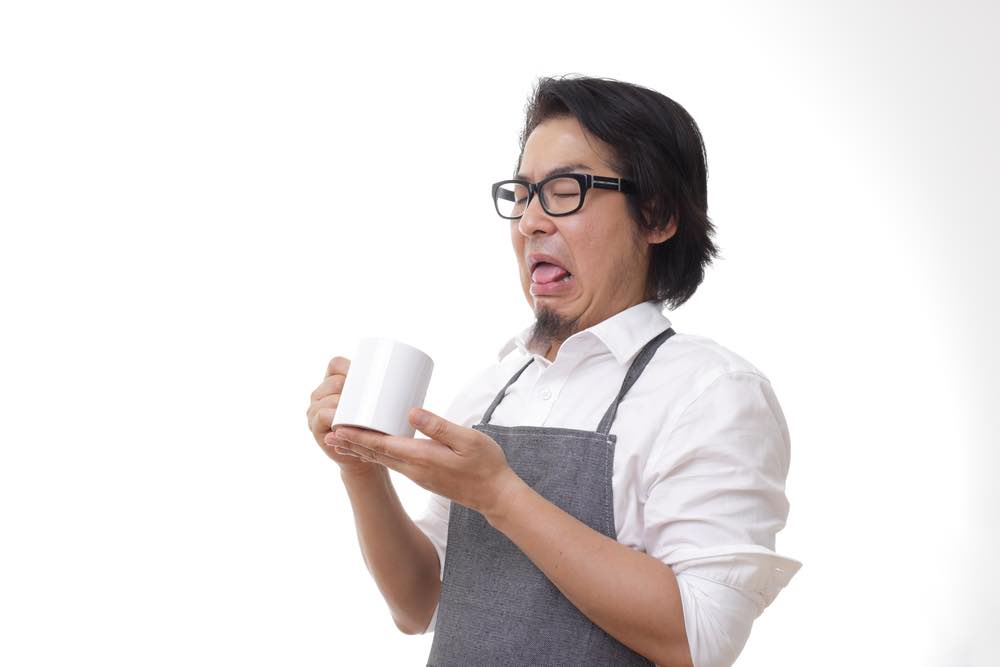 Milk isn’t just milk anymore. There are now many other less appealing things in this drink.

The modern farming methods used mean that milk now often includes antibiotics and hormones. For example, most dairy farmers inject their cows with rBGH. This is a manmade form of bovine growth hormone that is injected to artificially increase a cow’s milk production.

A side effect of this hormone is an increase of the insulin growth factor 1 (IGF-1) in the blood levels of those who drink it and there is even some evidence that links this to certain types of cancer.

The antibiotics given to cows to prevent diseases are passed directly into the milk and this can lead to health problems for humans. These include damage to digestive health and weakening of the immune system.

Some of the things found in milk are not put there by the farmers, though. Pus is produced inside the udder as a reaction to bacteria and infections. This then contaminates the milk. Although there are systems in place to limit the amount of bacteria in cow’s milk, it is impossible to prevent this entirely.

Believe it or not, milk depletes calcium 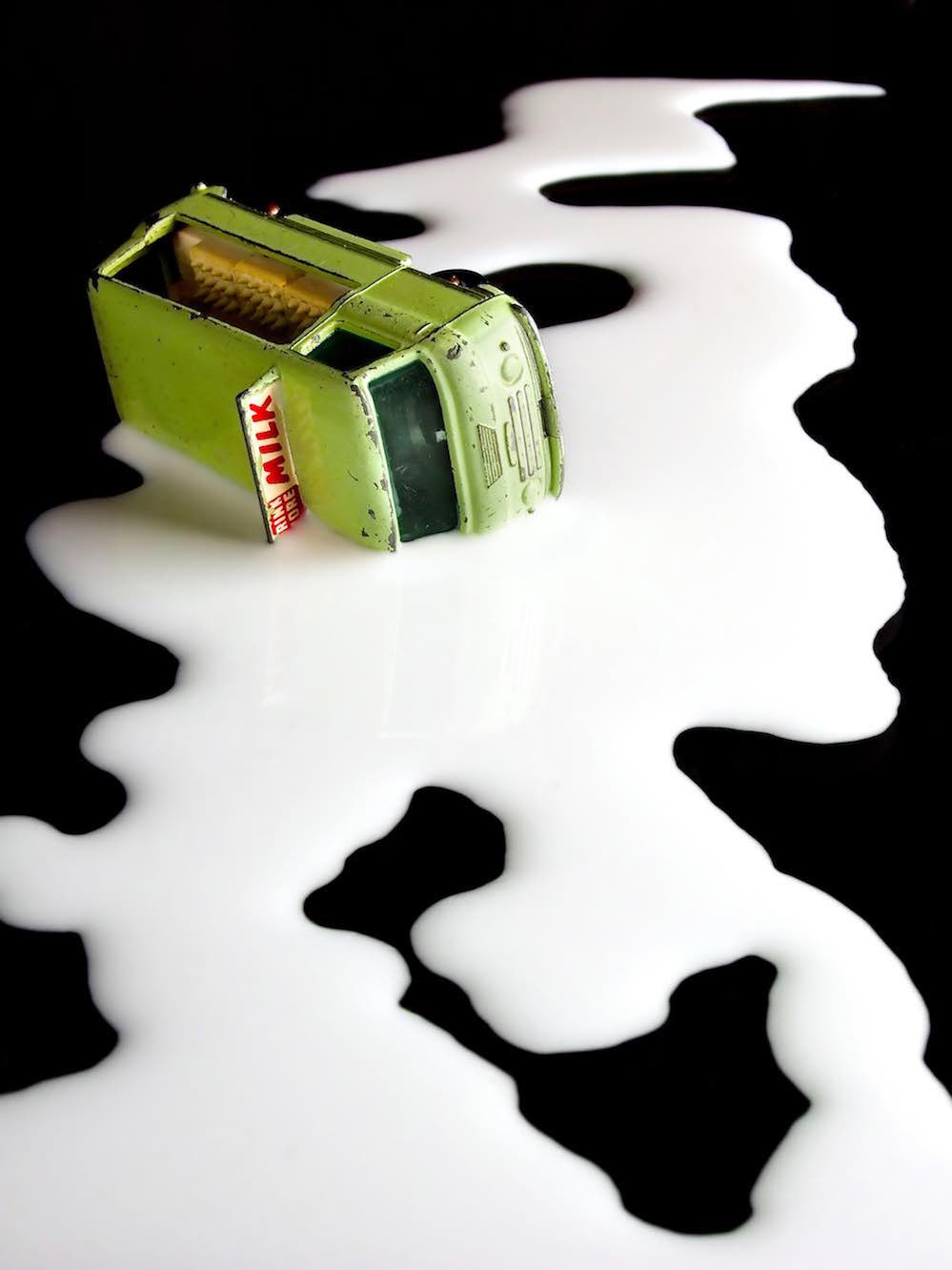 Most children are brought up being told by their parents to drink their milk because it is good for their bones. This belief is based on the fact that milk is rich in both protein and calcium and these are essential nutrients for good bone health.

However, this has been widely shown to be a myth as not only do humans barely absorb the calcium from cow’s milk, drinking it can actually deplete calcium levels.

Animal proteins, like milk, acidify the body’s pH and this causes a biological correction. Calcium is released from the bones to act as an acid neutralizer and leaves the body in our urine, thus depleting calcium levels in our bones.

READ NEXT: IS LACTIC ACID VEGAN?

Drinking milk may lead to osteoporosis 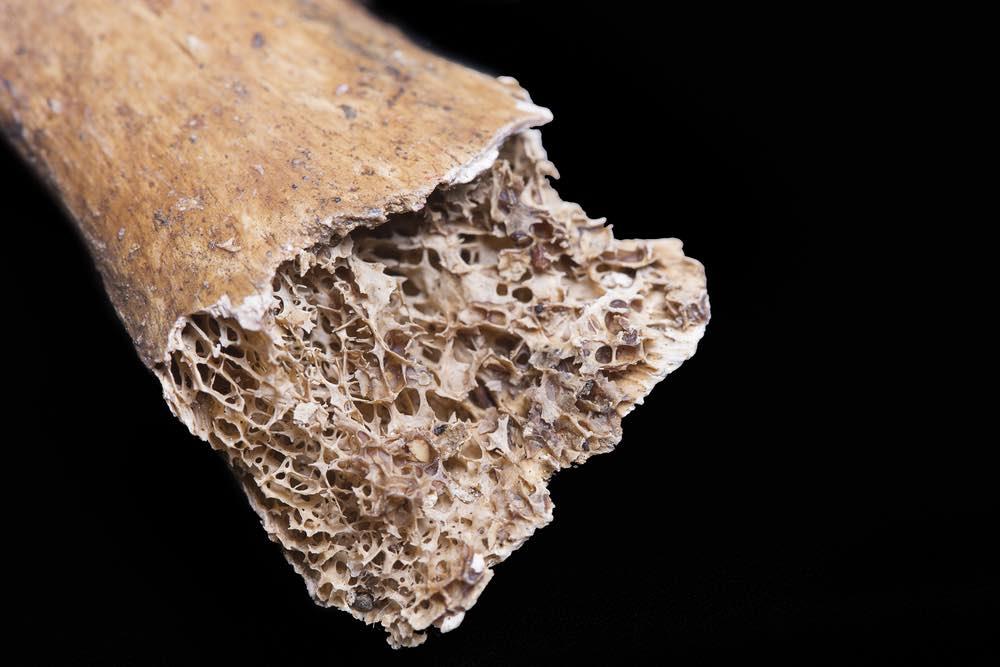 Statistics appear to show a correlation between the amount of dairy products consumed and the number of reported bone fractures in certain countries across the world.

Countries that have a low dairy consumption have fewer incidences of bone fractures and the number of people with osteoporosis is often higher in regions where people consume high quantities of dairy products. 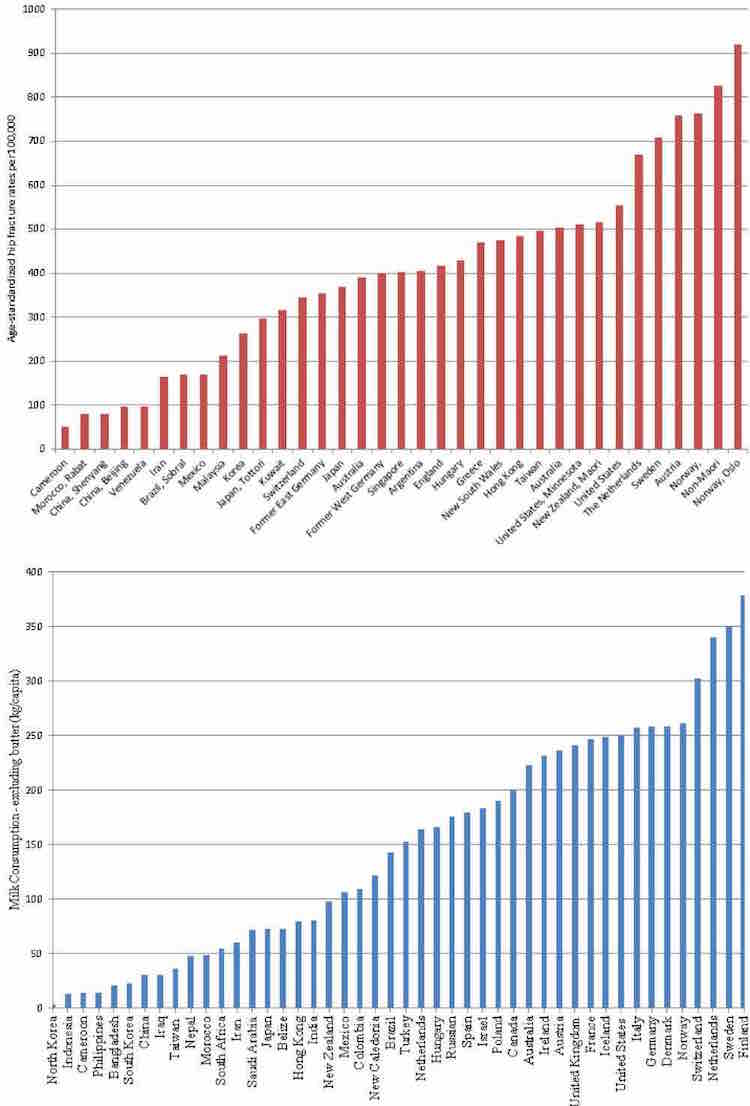 Graph via Insistence On Truth

However, direct evidence is lacking, but many believe that countries such as China have lower incidences of poor bone health because of where they get their calcium from. Dairy products are relatively rare in parts of Asia, so most of their calcium comes from plants.

Whether or not this makes a difference is up for debate, but the links are most definitely there. Direct evidence may not be in place, but there are studies that unequivocally state that milk consumption does not help with bone mineralization.

While cow’s milk may increase the chances of osteoporosis, a certain plant-based milk may help prevent it. Soy-based products are thought to help with osteoporosis, so soy milk should be on your menu rather than dairy.

RELATED: Which are the best soy milkmakers on the market?

Cow’s milk can cause weight gain 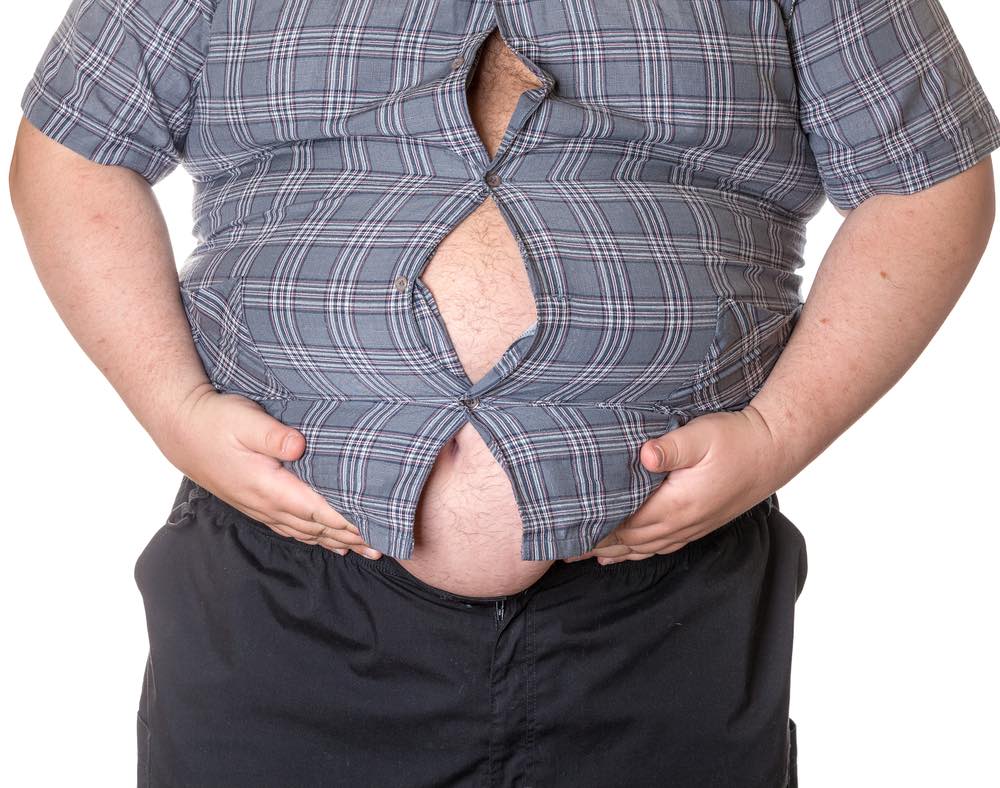 When looking for ways to lose weight, people often switch from full-fat milk to skimmed as one of their weight loss strategies. However, the fat you consume when you drink milk is not necessarily the cause of those extra pounds.

The Insulin Growth Factor 1 we spoke about earlier could be a contributory factor. IGF1 is injected into cows to increase milk production, but it is not removed by pasteurisation. This means that it is passed directly into milk, potentially causing a growth response in humans when consumed.

Furthermore, some studies have shown that children who are given three or more servings of milk each day are more prone to becoming overweight. This directly contradicts dairy industries advertising campaigns which suggest that drinking cow’s milk will help children to maintain or even lose weight.

Since 1980, there has been a significant increase in obesity in children and adolescents. Some scientists have hypothesized that this is linked to parents being advised to replace sugary drinks with milk in order to lower the amount of sugar being consumed.

Although this will have stopped children from suffering the effects of a diet high in sugar, it certainly hasn’t lowered childhood obesity.

Whether or not milk causes excess mucus production is a debate that continues amongst scientists researching this subject and the results of studies are very much varied.

However, there are many studies that provide evidence to suggest that large amounts of milk in the diet can lead to the production of excess mucus and other health problems linked to this, such as respiratory illnesses, rhinitis and allergies. The most probable cause for this is the immune system attacking the animal derived proteins in milk because the human body is not designed to process it.

There is also some evidence to suggest that people who are already suffering from respiratory tract problems or excessive mucus production find that their symptoms improve when they begin a dairy elimination diet.

Can cause bloating, excess gas and digestive problems 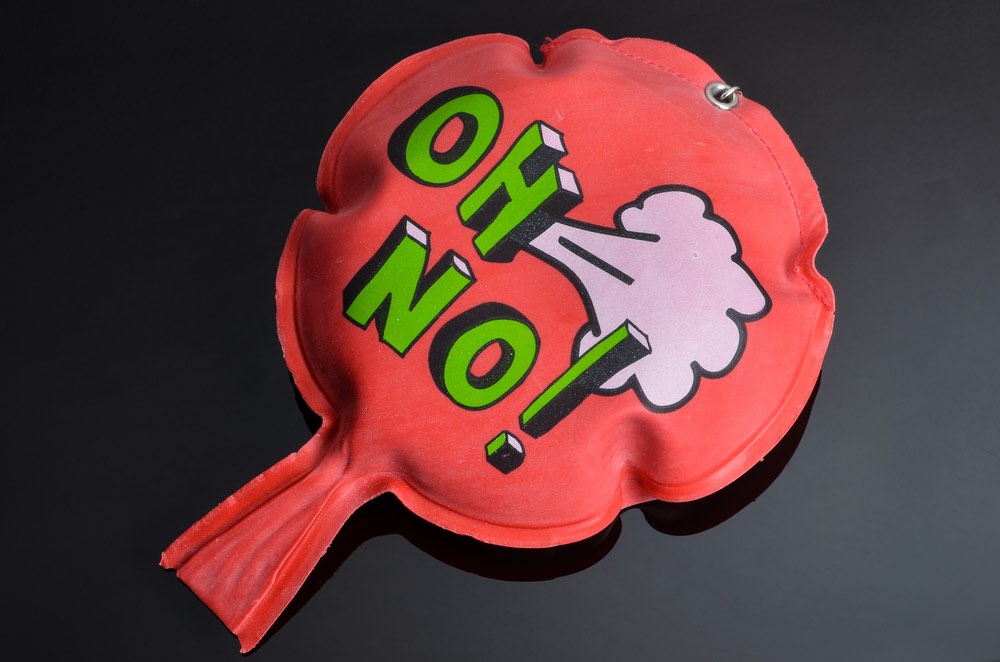 According to the latest statistics, 33% of people in the US have problems digesting milk products. Typical symptoms include bloating, excess gas, abdominal cramps, diarrhoea, fatigue and headaches.

Humans produce an enzyme called lactase that helps us digest lactose, but the production of this enzyme diminishes from as young as the age of two, potentially leading to lactose intolerance in some adults.

A UK study showed that a significant number of people who experienced the aforementioned symptoms showed improvements when they cut dairy products from their diet. However, there is new evidence that suggests that the symptoms many milk drinkers suffer may actually be caused by a protein in the milk, not simply an intolerance to lactose.

The A1 protein was was originally caused by a genetic mutation, and a study which compared the lives and symptoms of people consuming milk containing the A1 protein to those drinking milk produced by Australian farmers that contained an A2 protein from specially bred cows offered up some startling results.

The jury is still out on whether or not A1 or A2 milk is better for you, but one thing is certain – plant milks are better than both when it comes to avoiding such nasty side effects.

The consumption of cow’s milk can lead to a variety of health problems, predominantly because milk is an acidifying animal protein.

Some studies have shown that people who consume dairy products on a regular basis are more likely to suffer from skin problems and allergies in comparison to people who drink little or no milk. There is even some evidence to suggest that there is an increased risk of developing some types of cancer, such as breast, colon and prostate cancer.

Scientific data also shows that women with a high intake of lactose that is found in dairy products, especially milk, are at greater risk of developing serous ovarian cancer in comparison to women who eat a dairy-free diet. 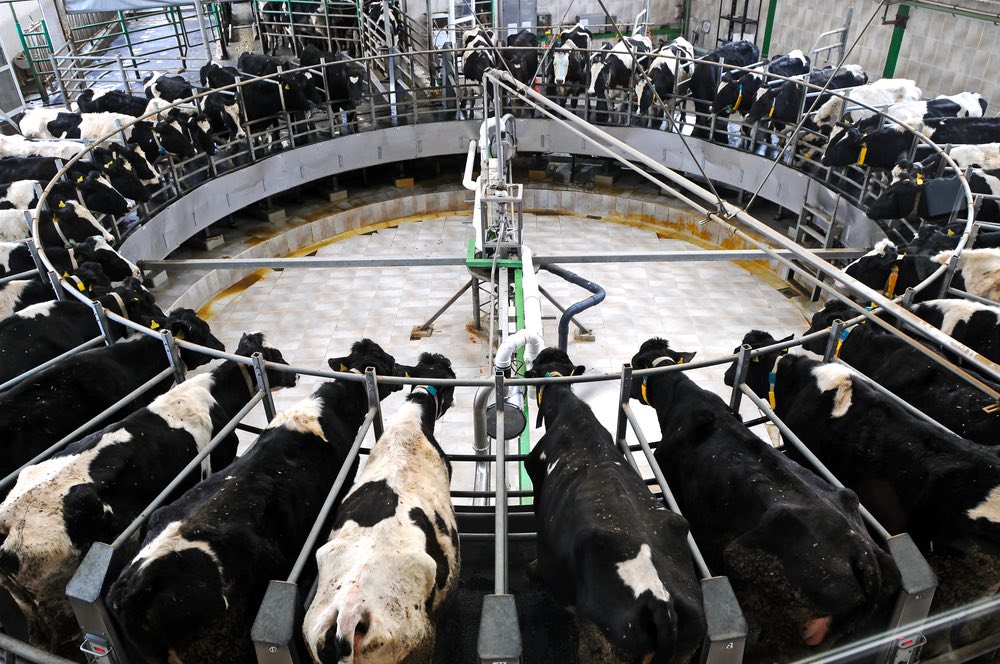 It is not just bad for humans to consume milk; the whole process of dairy farming is also extremely cruel to cows as well.

The cows are repeatedly impregnated using artificial insemination processes to ensure that they continue to produce milk for as long as possible. Spending so much of their lives pregnant is unnatural and puts unnecessary strain on their bodies.

A further problem the cows experience is repeated infections, such as mastitis. This is an infection of the udder that causes them to feel unwell and causes great pain, especially when they are expected to continue producing milk. On top of that, it is also one of the most common reasons for dairy cows to be sent to the slaughterhouse.

Although the natural lifespan of a cow is approximately 20 years, those living on dairy farms will typically only live for four or five years. This is because of the stress put on their bodies from the conditions they live in, the illnesses they suffer and the continuous cycle of pregnancy and milking.

Calves don’t fare much better, either

The process of dairy farming is also cruel to the calves produced as a result of the aforementioned insemination.

All calves that are removed are deprived of their mother’s milk; the milk that is naturally intended for them. Instead, this milk is used for human consumption and the calves are fed a synthetic replacement that includes many artificial ingredients intended to make the calves gain an unnatural amount of weight so that they can be sold quicker for their meat.

Got milk? No thanks

There you have it, 9 reasons why drinking milk should give you cause for concern.

As with so much of the consumption of animal products, there really is no good reason to continue drinking milk these days. Plant-based alternatives are plentiful and available almost everywhere, so why not give them a try? You’ll be doing yourself, your family and the cows that suffer during milk production a whole lot of good if you do.

Lisa Williams is a committed vegan, passionate animal welfare advocate, and keen follower of too many v-friendly food blogs to mention.

She started happyhappyvegan.com back in 2016 because she felt there was a need for more straightforward information on plant-based living. Back then, too many sites seem to either concentrate solely on recipes or be too intimidating or inaccessible for the v-curious and she wanted to change that. The landscape is certainly a whole lot different now!

Lisa lives in Sussex with her husband and their three-legged wonder dog, Mable.

This site uses Akismet to reduce spam. Learn how your comment data is processed.

Together with my team, my aim is to bring you the very best information about veganism on the web.

So, whether you are just thinking about going vegan or have been living animal-free for years, I hope you find our articles both informative and entertaining.

Welcome to the gang!

Earnings Disclaimer: If you choose to buy a product via a link from our site, Happy Happy Vegan may receive a small commission.