5 Important Water Facts No One Should Ignore

As far as global problems go, the supply of fresh water is right up there, and yet the water facts that affect us all rarely hit the headlines. The world’s population is growing at a phenomenal rate, but freshwater consumption is increasing even faster as infrastructure improves and our habits change.

It is predicted that by 2040 as many as 33 countries will be facing “extremely high water stress”, and it’s not going to affect just the regions that obviously spring to mind, such as those in the Middle East. Even countries like Spain are expected to face “severe and continuous water shortages” by then.

So, what can we do to help? Well, as with so much of the world’s problems, the first thing we need to do is educate ourselves, which is why we decided to write this water facts article.

Laying out a few water facts may not change anything per se, but it might just make you think about just how precious water is to us and help give us a greater understanding on why it’s important that we stop taking it for granted.

Shall we get started, then? Let’s go. 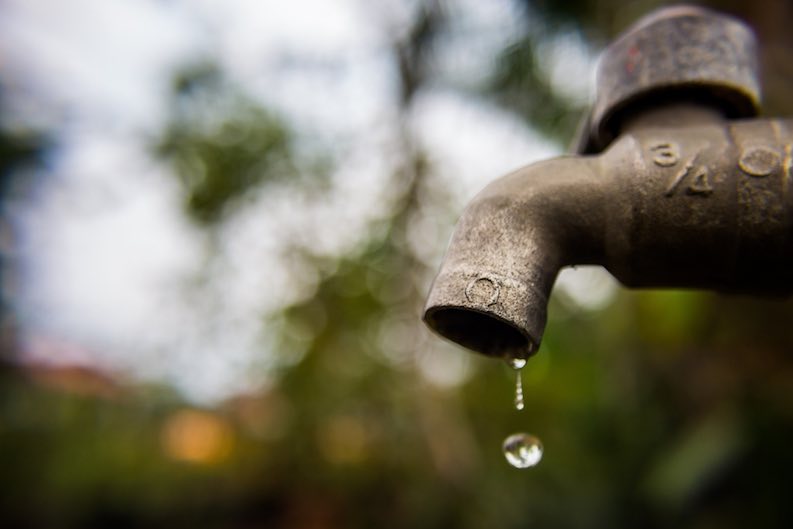 Now, if you read through the opening gambit of this article on water facts you’re probably wondering why this needs to be reiterated, but the fact remains that the vast majority of us simply do not realise just how rare freshwater is.

RELATED: Best Water Filter Pitcher: Clean Drinking Water For You And Your Family

Raising livestock is a huge drain on freshwater resources 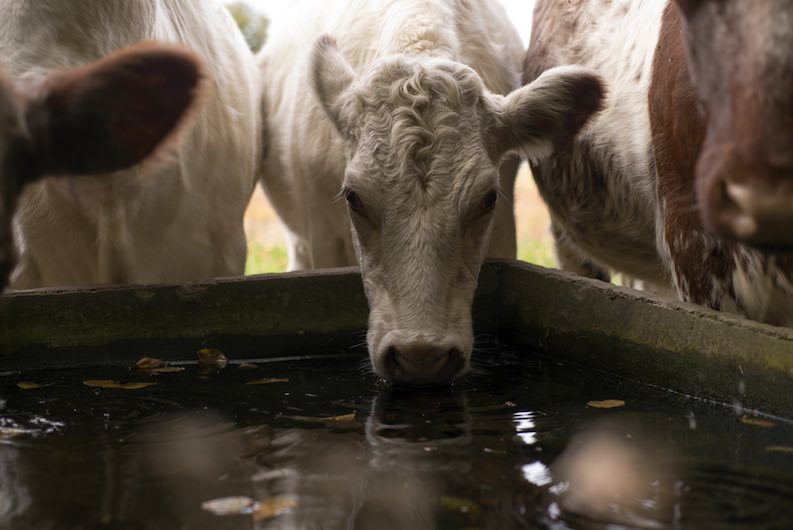 Something that has come to light recently is the amount of water it takes to put meat on peoples tables. While many of us vegans have been aware of the issue for some time, the extreme usage is hitting mainstream consciousness a lot harder thanks largely to documentary films such as Cowspiracy screening on popular media outlets like Netflix.

Over half of all fresh water consumed in the US is used for raising livestock. This water fact may not sound as shocking as it is until you hear that only 1% is actually drunk by humans.

While it is obviously true that plant crops need water as well, many do not need any irrigation whatsoever. This means that far more people can be fed just by utilising the rainwater that falls from our skies rather than drawing from our precious, and rapidly depleting, water reserves to raise livestock. 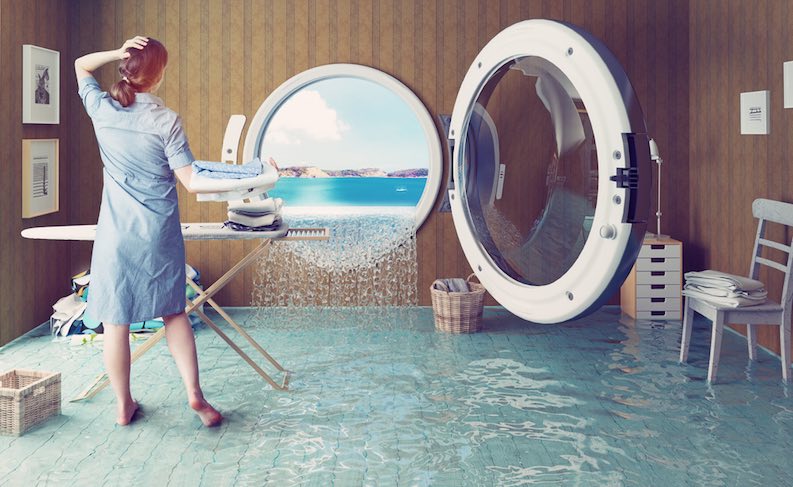 According to the US Environmental Protection Agency, an average household in the US with three people living there consumes around 50,000 gallons (189,271 litres) of water for indoor use each and every year.

The problem with that figure is that it does not include the amount of water needed to bring food to that same family’s table, something that many would argue is the greatest water challenge we currently face.

The average American citizen who lives on an animal-based diet will consume an additional 405,000 gallons (1,533,092 litres) every single year. That raises the average family consumption up to well over one million gallons of water per year!

There is some good news, however, and that is that there is something you can do – quit eating meat and dairy. Just by switching over to a plant-based diet, you can save over 1,000 gallons (3,785 litres) each and every day. Now, as a global citizen, isn’t that worth considering?

Climate change is a water issue 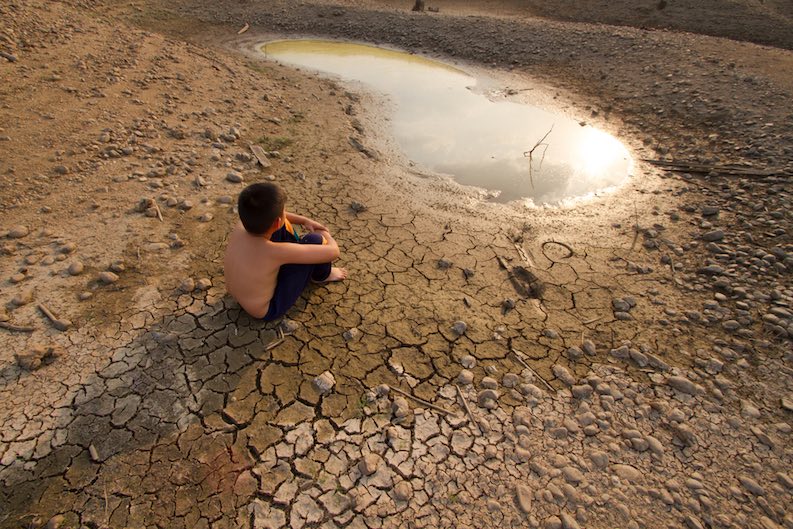 This may sound like we are stating the obvious, but climate change affects our water resources in ways that many of us simply do not realise.

Evaporation is a key factor here. When temperatures rise, so too will the loss of freshwater due to the process of evaporation. This will undoubtedly have an effect on our water resources, but it will also affect our food production processes and energy production, too.

The US is already in the middle of one of its most widespread multi-state drought periods in decades, so the evidence is there to show that we are on the brink of some serious problems if we do not act now.

Conversely, places such as the UK are seeing increased flooding as precipitation rises. The winters in Britain are becoming warmer and the ground is getting wetter, but that doesn’t mean that there is more water available.

Water storage becomes a problem during warm, wet weather, as run off is gathered far quicker than if it were to fall as snow. The knock on effect could be that water shortages will be more widespread throughout the summer months, despite greater rainfall being recorded.

While you might consider the actions of one person irrelevant when compared to the might of Mother Nature, consider the viewpoint of Kenyan environmentalist Wangari Maathai. Watch the short video below:

Changing from a diet that is full of meat and dairy to a plant-based, whole food diet can make a difference when it comes to our water resources and help reduce climate change.

For example, did you know that giving up that daily burger or steak at dinner could save as much as 1,000 gallons (3,785 litres) of freshwater? Compare that with an 8 minute shower that uses around 20 gallons (76 litres) and you’ll begin to see just how important what we eat is to the survival of our species on this glorious planet of ours.

So, come on, be a hummingbird!

RELATED: How To Protect Our Environment

Freshwater ecosystems are the most diverse on the planet 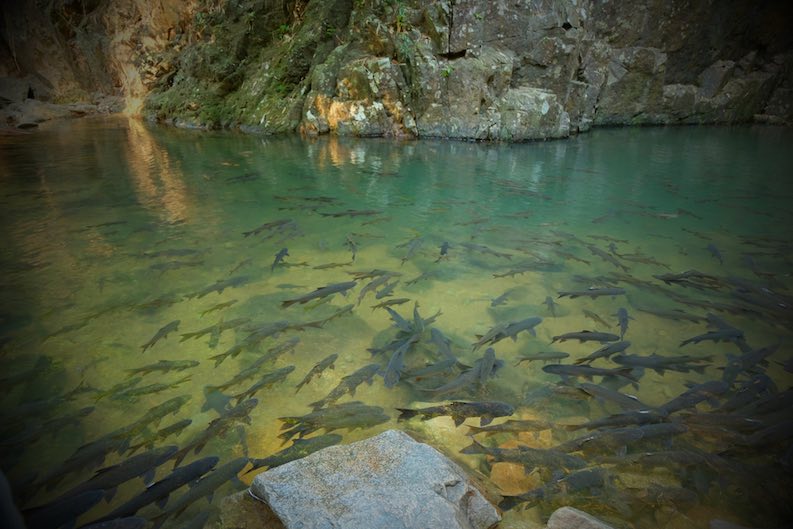 This is another one of those water facts that is not that well known by the average person on the street. Freshwater habitats are incredibly rich places and, relative to their size, they hold a greater concentration of species than any other part of the planet regardless of whether that be on land or out at sea.

There are currently thought to be around 25,000 fish species on earth, but did you know that around 10,000 of those are freshwater fish and that there is somewhere in the region of 300 new species of fish discovered each and every year?

Unfortunately, despite the new discoveries, freshwater species have been dropping at an alarming rate. It is thought that we have lost over 75% of all freshwater species since 1970, a figure that outranks any other habitat on earth.

Over the last century, more than half of the different types of wetlands across the globe have disappeared, and with continued building needed to accommodate the dramatic population growth, this figure is expected to rise.

Water pollution, too, is on the up. Around 90% of all waste water in developing countries is dumped straight into stream and rivers without treatment, further impacting these astonishing ecosystems.

READ NEXT: How To Clean A Washing Machine With Baking Soda & White Vinegar

As you can see, there is much more to water than we may think.

For those of us who are lucky enough to be able to draw water straight from the taps in our homes, taking water for granted has become commonplace.

However, with a little more thought and a few small changes, we can make a difference that will have a huge impact on future generations and the way they will be able to live their lives.

← Can Veganism Help With Stress And Make You A Calmer Person? 13 Natural Constipation Remedies That Really Work → 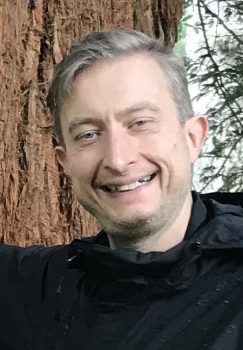 David Bedford is a longtime vegan with a particular interest in nutrition and mental health. He is also a co-founder of happyhappyvegan.com.

When he isn’t sifting through PubMed or watching Dr. Greger do his thing, he’ll be banging away at a keyboard producing either copy or code. On the rare occasion when a screen isn’t in front of him, you’ll find David walking in the nearest available green space or exploring the Natural History Museum, of which he is a member.

This site uses Akismet to reduce spam. Learn how your comment data is processed.

Together with my team, my aim is to bring you the very best information about veganism on the web.

So, whether you are just thinking about going vegan or have been living animal-free for years, I hope you find our articles both informative and entertaining.

Welcome to the gang!

Earnings Disclaimer: If you choose to buy a product via a link from our site, Happy Happy Vegan may receive a small commission.